Released in Japan, and only available through import, it was released in 2002 by Medicom Toys

4 Pointman Kubricks with 2 extra heads,
one vinyl record and one sheet of Unkle stickers. 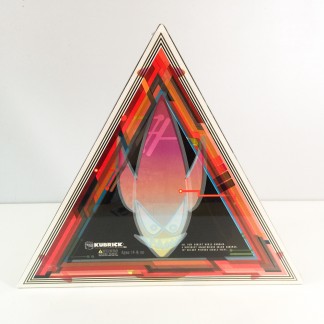